Exceptional & Special Transport: where heavy, large or strange is the norm

This November over 2,100 tanks, artillery pieces, armoured vehicles and other United States military equipment from Fort Hood, Texas arrived at the Port of Antwerp. Final destination: Lithuania, Poland and Romania. For Lineas this meant 20 special transports, loaded in the Waaslandhaven in the Antwerp Euroterminal (AET) and headed towards Grafenwöhr in Germany, Pabrade in Lithuania and Nicolae Balsescu in Romania. 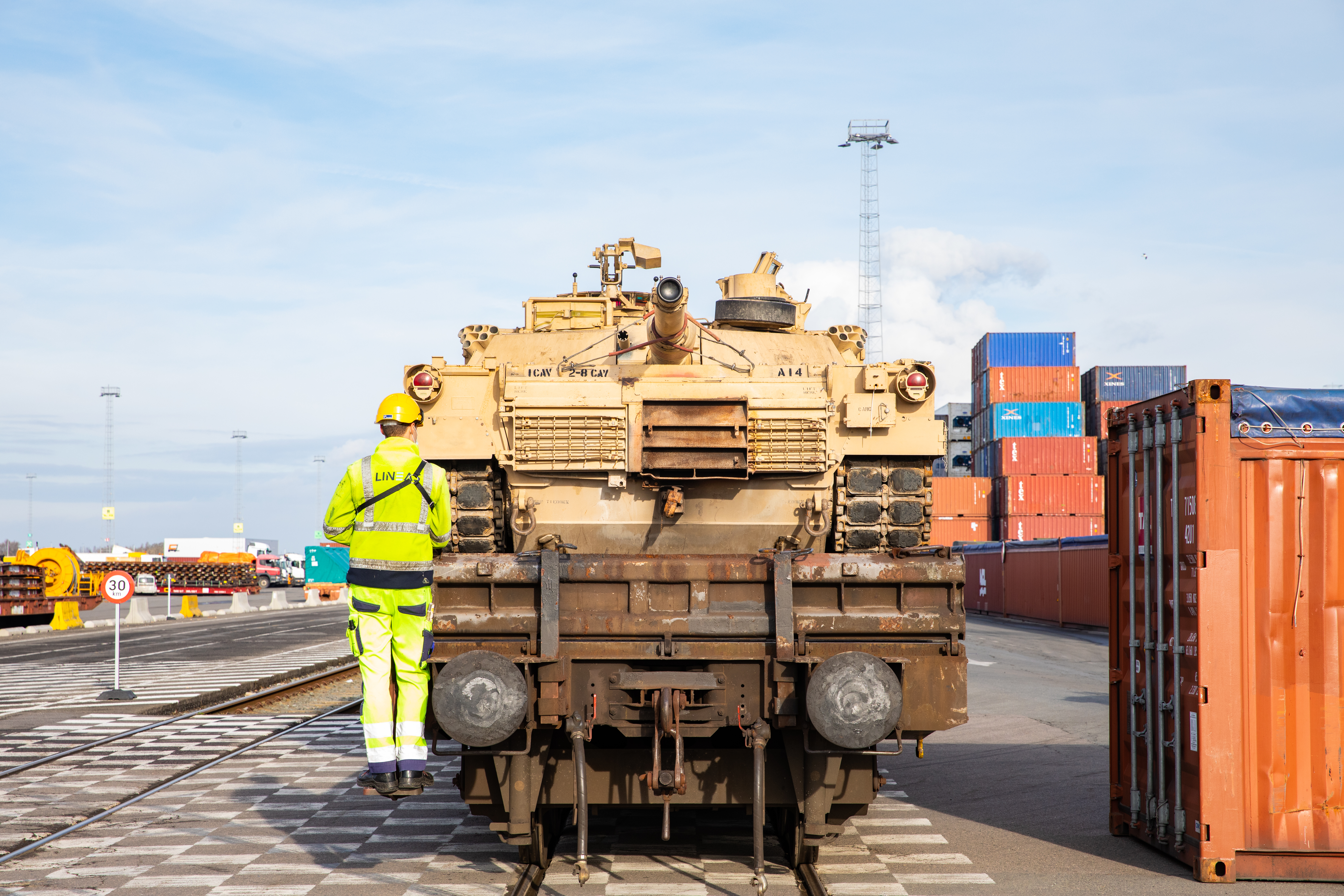 "We received the request in early September", begins An Corvers, Senior Key Account Manager Exceptional & Special Transport (SpecTra). "So in a very short timespan, we set up a category 3 special transport. Due to their width, these types of cargo can’t meet any oncoming trains on the opposite tracks. In other words, we need to reserve special track access."

Special transport
Extraordinary transport is the specialty of the SpecTra team. Yearly, it runs well over 500 special transports; the new metro coaches for the Brussels STIB/MIVB for example, or new M7 passenger cars from Bombardier for SNCB. But they also move bridge components for Infrabel, transformers weighing between 200 and 300 tonnes, nuclear transport and various machines for infrastructure works.

In addition, a number of shunting drivers are trained to operate on out of service tracks. They support Infrabel in the renewal and repair of rail infrastructure.

Military Equipment
For Atlantic Resolve, as the United States Army's periodic movement of troops is called, Lineas operated as a subcontractor of DB Cargo AG. First this meant transporting the necessary empty wagons from Aachen to Antwerp. The next step? Preparing the trains and loading them: delivering empty wagons according to US Army loading lists, shunting on the quay, inspections, drawing up shipping documents and maneuvering the loaded trains from AET to Anwerpen Waaslandhaven Zuid.

Continue reading under the photo.

"It is a 'special' business that requires a unique approach. But that's what makes it so fascinating. No two days are the same. Every transport is custom made to move everything door-to-door safely."

For two weeks, two long haul trains departed from Antwerp daily, one of them operated by Lineas. An Corvers: "As 80% of these trains are too wide and are not allowed to encounter oncoming trains, they have to run at night, about 15 minutes apart. This year, exceptionally, we had around 30 minutes tolerance on our route. So we were half an hour late, there was a good chance that Infrabel wouldn't allow us to depart. But in general, we manage to run all trains according to schedule."

This type of cargo also means that some sections of the route have to be modified. "Sometimes there are obstructions along the tracks like poles or signaling boards. Before such campaign can run our colleagues from regulations check the loaded wagons against sketches of the US Army. They then apply for the necessary approvals of Extraordinary Transport.”

The infrastructure managers in turn check the entire route. "We can't transport anything if it doesn't fit. The customer is king, but safety comes first."

Even at the terminal where the trains are loaded, such an extraordinary transport poses additional challenges. "Every occupied track needs an extra empty track next to it. To make things even more difficult, some 500 empty wagons arrived at the port in early November. You need about 7 kilometers of free track to park them."

And even though the team meets challenge after challenge, they remain 100% committed to each customer. "It is a 'special' business that requires a unique approach. But that's what makes it so fascinating. No two days are the same. Every transport is custom made to move everything door-to-door safely."

Every special transport requires a tailor-made solution. Need our help? Click on the button and contact us!

Lineas, the largest private rail freight operator in Europe, announced today that it will apply a dynamic energy surcharge to all its transports as of April 1st, 2022 to compensate for soaring energy prices. While such a surcharge is common practice for other modes of transportation, Lineas is the first rail company to implement this measure and anticipates that other players in the market will follow suit.

Welcome to our Live Blog of the launch of our newest train in the Green Xpress Network! On 15th and 16th December, we will follow the first trip of the Xpress from Antwerp to Recklinghausen, Langweid-Foret and Wolfurt.